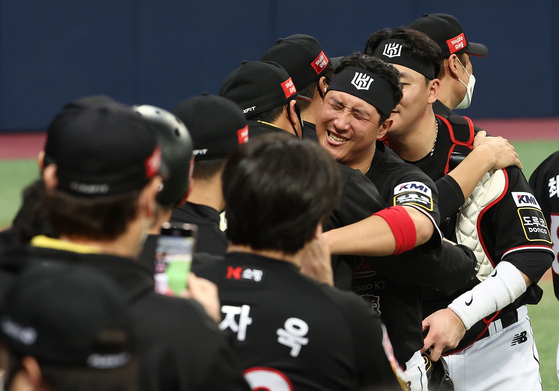 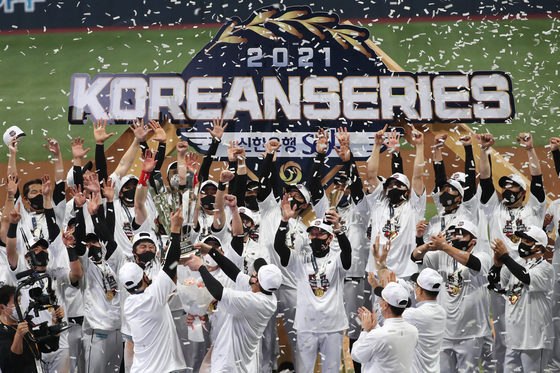 
The KT Wiz were crowned the winners of the 2021 Korean Series after beating the Doosan Bears at Gocheok Sky Dome in western Seoul on Thursday.

The KT Wiz headed into what turned out to be the final game of the series in great shape, having topped the KBO standings for most of the season and winning the tie-breaker to also take the regular season title.

The team only became a KBO league club in 2015 when KT established the Wiz in Suwon filling the void left by the Unicorns seven years earlier. In the six years the club has existed, they've finished the series in last position three times, ninth once, sixth once and then third last year. That uphill trajectory continued into this season, earning the club a spot in the Korean Series for the very first time.

Despite the slow start, the Wiz slowly built their way up to suddenly burst on to the scene as a serious playoff contender in 2020, after finishing third in the regular season.


The Wiz maintained that good form into this season, taking fourth place alongside the Bears in April after just two weeks of KBO action. Then, before heading into international break for the 2020 Tokyo Olympics, the Wiz were able to reclaim a narrow lead at the top despite a turbulent period that saw heavy rain and a sudden outbreak of Covid-19 cases that threatened the continuation of the league.

Even after the two-month long break, the Wiz did not waver. They held on to their top spot into the second half of the season, holding a two-game lead over the LG Twins and Samsung Lions. The Wiz extended that comfortable lead into September, but competition became more heated as time ticked down. At a match between the Lions and the Wiz on Sep. 10, Lions pitcher Mike Montgomery was suspended for 20 games after throwing a rosin bag at the home plate umpire.

While KT maintained their top spot into October, the Bears jumped up from seventh to fourth place in the last week of September and the two runner-ups, LG Twins and Samsung Lions, narrowed the gap. Despite KT briefly dropping from the top spot on Oct. 24, with Samsung taking the lead by a 0.5 game lead, the 144-game-long KBO regular season ended on Oct. 30 with both clubs tied in first, forcing the pennant to a tiebreaker game to decide which team would advance directly to the Korean Series. It marked only the second tie-breaker in the KBO's history.

“I was nervous until the very end of the ninth inning to be honest,” said Lee Kang-chul, head coach of the Wiz after the victory.

“The Bears are a strong team and we were never at ease when it comes to Doosan. I want to thank Doosan and coach Kim Tae-hyoung for a great match.”