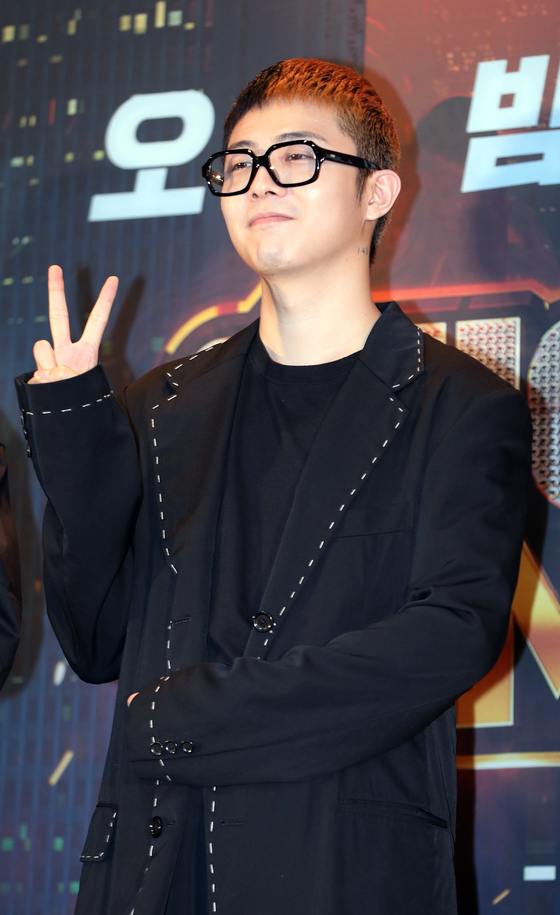 
Rapper Giriboy quickly issued an apology on his Instagram account on Friday after being embroiled in fierce controversy for mocking Lee Yong-soo, an elderly survivor of Japan’s wartime sex slavery.

The 29-year-old rapper uploaded a screen shot of an evening news program featuring Lee with a caption that read, “I thought there were three anchors” and instantly people began leaving comments criticizing him for apparently “mocking a victim of sexual slavery” and warning him that he should “watch [his] mouth.”

Following the backlash, Giriboy deleted the post and posted an apology saying that he was so “scared of all the criticism” that he wanted to “avoid dealing with it but decided to post this to be responsible for his stupid actions.”

He added that he had no intention of “mocking” Lee and explained that it was an action out of his “stupidity and ignorance” as he only sometimes watches the news and that he wasn’t aware of who she was and what was going on.

“I often think and act stupidly,” he continued. “I’ve undergone therapy and been prescribed medications as well and tried to keep myself active and exercise and be around more people but I guess I crossed the line… I know this can't be an excuse but I’m trying really hard. I guess my desire to mingle went too far. I’ll try to think before I act. I just wanted to say sorry to all those who got upset by my actions.”

Lee, a 91-year-old so-called comfort woman, has recently been making headlines for publicly airing her grievances about a civic group she was affiliated with. She raised questions about the financial transparency and integrity of the civic group and its former leader, lawmaker-elect Yoon Mee-hyang.