JYP Entertainment will implement a new system to make sure that its artists stay free of plagiarism scandals in the future, after a music video of girl group Twice was accused of copying a work by artist Davis McCarty earlier on Wednesday.

Sculptor McCarty uploaded a post on his social media account claiming that an installation featured in the music video of Twice's recent release "More & More" used his work without permission, infringing on the copyrights of his piece.

He asked for his post to be shared, but it has been taken down as of Wednesday afternoon.

The installation used in the music video is strikingly similar in both color and form to a piece by McCarty called "Pulse Portal," which his media shows was created in 2016. 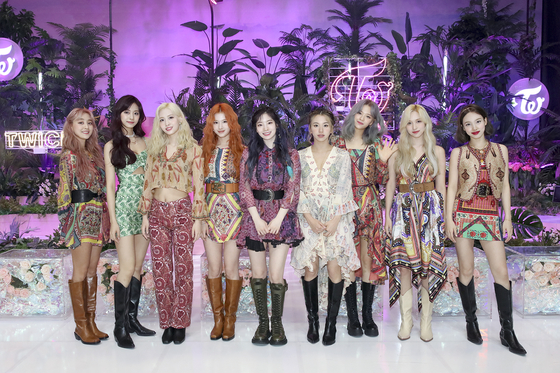 "It has come to our attention this morning [June 3] that a set in the music video for 'More & More' resembled an existing work," JYP Entertainment said.


"We have asked the [music video] production company to talk to the original creator and have the problem solved smoothly through talks."

The agency vowed, as a "company that publishes artists' work," to implement a new system so that similar matters do not occur in the future.