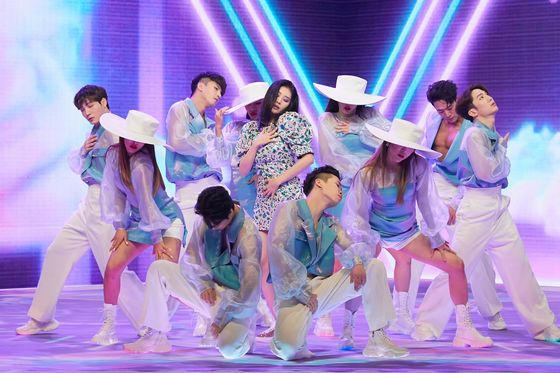 Fourteen years into her career, singer Sunmi’s goal is to be a musical marathoner and she hopes her latest single “pporappippam” will be a song that is listened to for years to come.


Sunmi released “pporappippam” at 6 p.m. Monday, 10 months after her single “Lalalay.” The title “pporappippam” translates to "purple colored night" and compares the sentiments people feel when they are in love to the mystical purple hue the sky displays in the brief moments when the sun sets in the evening.

Sunmi wrote both the lyrics and the music for the song, with the help of Frants who also worked with her on “Lalalay.” 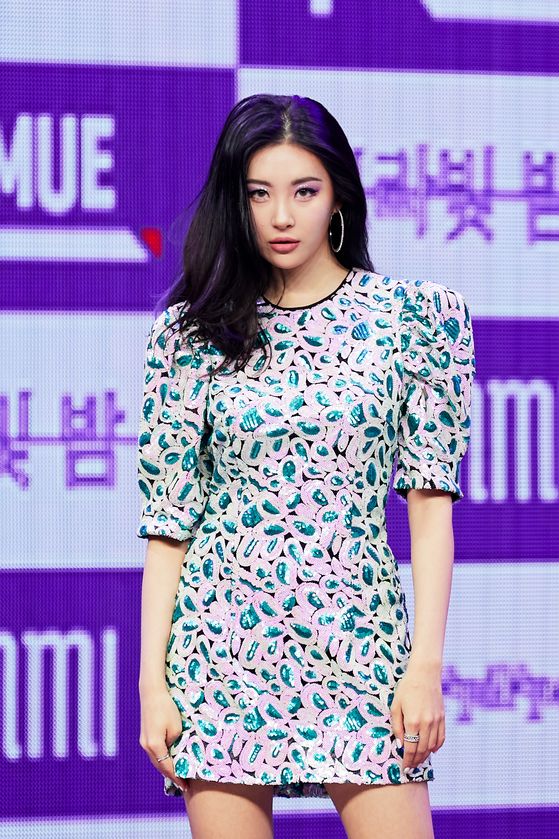 Sunmi poses for photos for the online showcase. [MAKEUS ENTERTAINMENT]

“I was actually working on a different song,” Sunmi said during an online showcase held on Monday afternoon. “But because these days people feel down and heavy-hearted, I wanted to make something that could help them feel refreshed rather than something deep. So this song is about being in love. It even made me feel fluttery while I was making it. This song is meant to make you cool down after a hot, sweaty afternoon, like when the wind blows and it cools you down in the evening.”


Unlike her past songs that are mostly about breakups such as “Gashina” (2017), “Heroine” (2018) and “Siren” (2018), “pporappippam” is a rare take on how it feels to be in love. The color purple was used because the violet-colored sky made her feel an undefinable sense of love and joy, but also because she thought that the color purple best described her.

“Purple is a mixture of the colors red and blue. I think there is the cold Sunmi and hot Sunmi within me — whether that be in my everyday life or on the stage. I think I’m a mixture of those and I feel so thrilled when people say things like ‘Sunmi is purple’ on the internet, because then it means I’m getting myself across well,” she said. 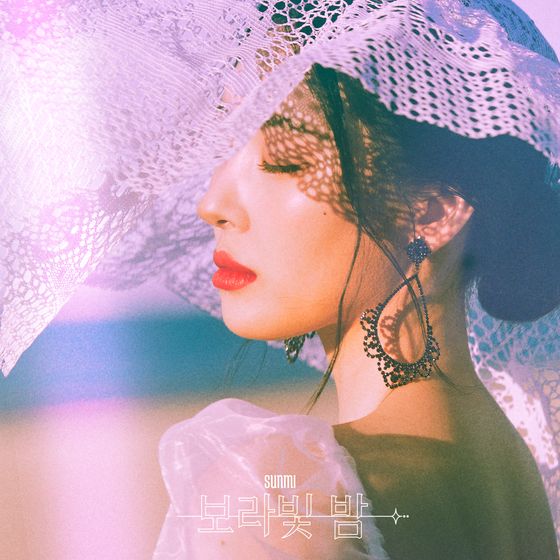 
Having debuted as a part of Wonder Girls, which dominated the K-pop scene in the late 2000s, Sunmi made her solo debut in 2013 with “24 Hours” and has been recognized as one of the leading solo female artists in K-pop. Her songs stormed music charts and she was applauded for the high level of both vocals and choreography. Asked whether she felt pressured by her past success, Sunmi answered that it was “only right to feel pressured.”


“I personally think that we should always feel pressured, because without it, the results aren’t as good,” she said. “And also, I think being asked that question [whether I feel pressured] is proof that I have been doing good, so I try to feel pressured. But I feel more pressure about what the listeners think about the song rather than how well the song does.”

She added, “I always feel nervous to do something new, because you just don’t know what’s going to happen. I can’t succeed every single time, and there has to be ups and downs. So I think of this as a marathon. I don’t let myself get too excited or too depressed. I want to hold on and hold on and hold on more, because I think that’s how I will succeed. I want to maintain my pace for a long time and be remembered.”