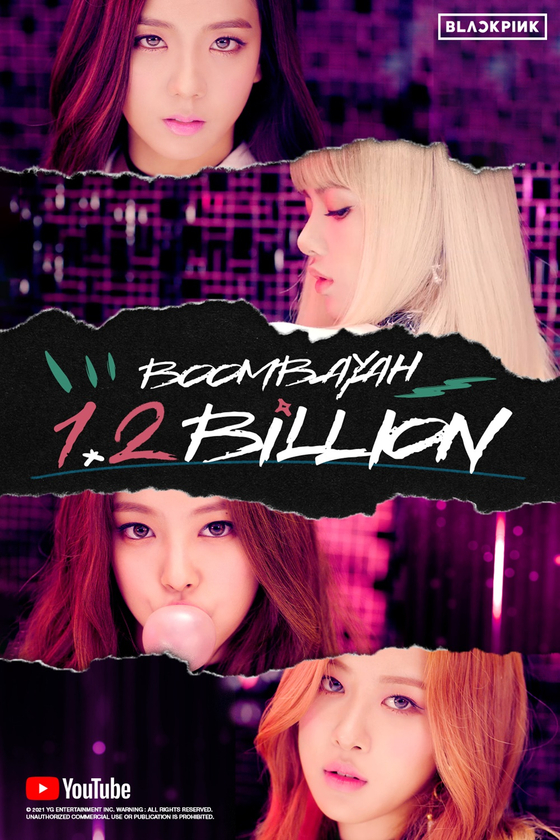 The agency announced that the music video for “Boombayah” reached 1.2 billion views on YouTube around 10:29 a.m. on Tuesday, becoming the group's third music video to do so.