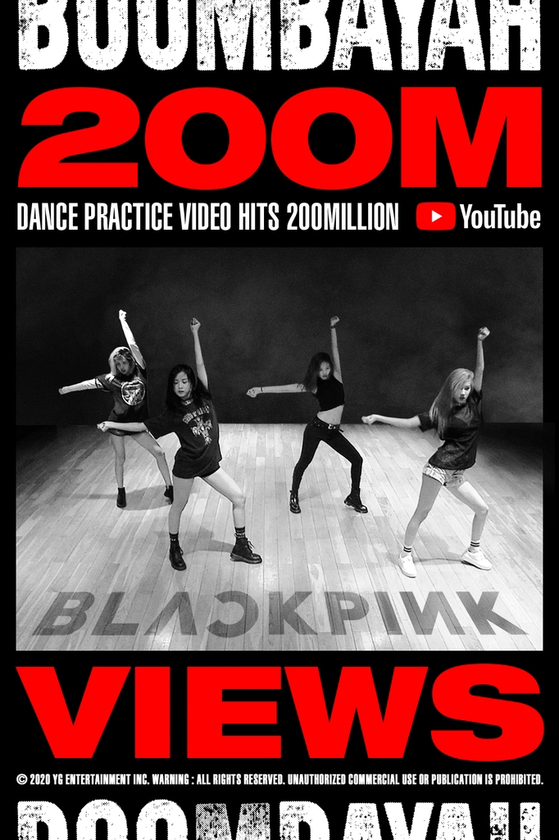 
It's not only their official music videos, girl group Blackpink's choreography videos on YouTube are garnering millions of viewers and breaking records.

According to the group's agency YG Entertainment, Blackpink's choreography video of "Boombayah" exceeded 200 million views on YouTube on Tuesday morning, making it their fourth choreography video to exceed that number. The other videos are "Ddu-du Ddu-du," "How You Like That" and "Kill This Love."