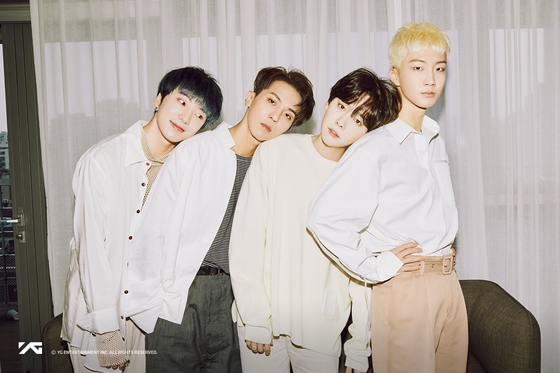 
YG Entertainment announced Wednesday that it has renewed its contracts with the members of boy band Winner, which debuted through the agency in 2014.

All four members will be represented by the label for another five years.

Winner, consisting of Kim Jin-woo, Lee Seung-hoon, Kang Seung-yoon and Song Min-ho, recently celebrated the band's seventh anniversary. The members debuted as Winner after winning the survival program “WIN: Who is Next” in 2013. Kim and Lee are currently serving their mandatory military service.

The boy band said through its agency that it wants to express gratitude to Winner’s fans, known as Inner Circles, for being by its side no matter what.

“We exist thanks to Inner Circles,” the band said. “We would like to make more precious memories with you as we continue on with this musical journey that has no final destination.”

Winner's Seungyoon teases his return as a solo artist