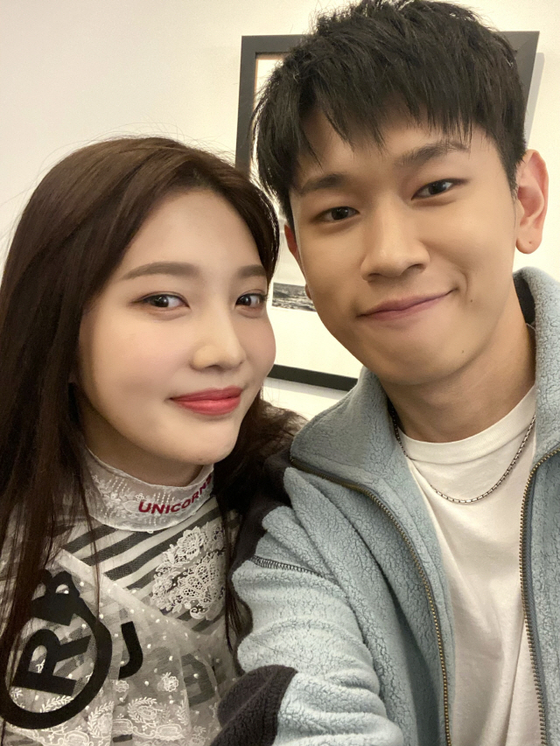 Red Velvet's Joy, left, and Crush have confirmed that they are dating. [ILGAN SPORTS]

Girl group Red Velvet’s Joy and singer Crush have confirmed that they are dating Monday, following reports that the pair were romantically involved from local media.

Joy’s agency SM Entertainment and Crush’ agency P Nation both confirmed that the pair is in a relationship. The two are said to have gotten closer while working on Crush's single "Mayday" in May last year, on which Joy is featured.

Crush debuted in 2012 and has had many hit songs like “Hug Me” (2014). He's particularly popular for songs featured on TV dramas, including “Beautiful” in the 2016-17 drama “Guadian: The Lonely and Great God” on tvN. He is currently serving his military duty as a civil servant.