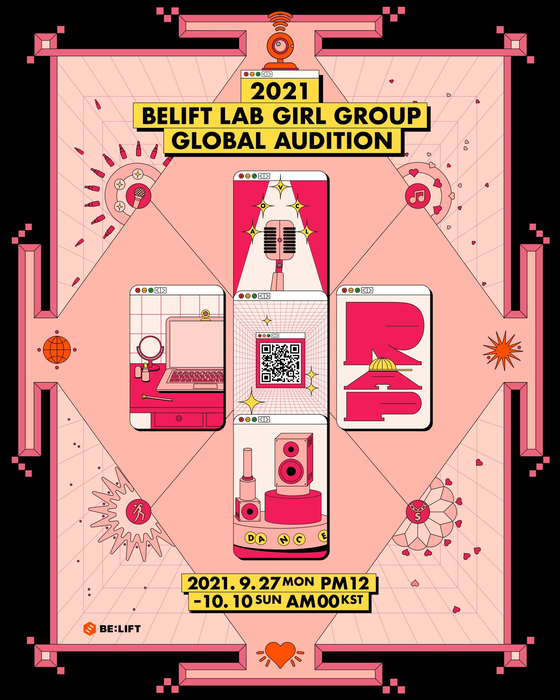 
Entertainment firm Belift Lab’s global audition for a new girl group garnered 141,227 applicants, according to the firm on Thursday.

The audition started on Sept. 27 and finished receiving applications on Sunday. Any female who was born before Dec. 31 of 2009, regardless of nationality or current location, was eligible to apply.

Applications came in from all over the world including the United States, Australia, Japan, Thailand, and Taiwan.

Hopefuls who pass the first screening will face a video call audition between Oct. 24 and Nov. 21. Then a more in-depth screening process will select the final contestants.

Those contestants will appear on the upcoming audition program “I-Land 2,” held jointly by entertainment companies HYBE and CJ ENM. Final winners of the show will debut as members of a new girl group under Belift Lab.