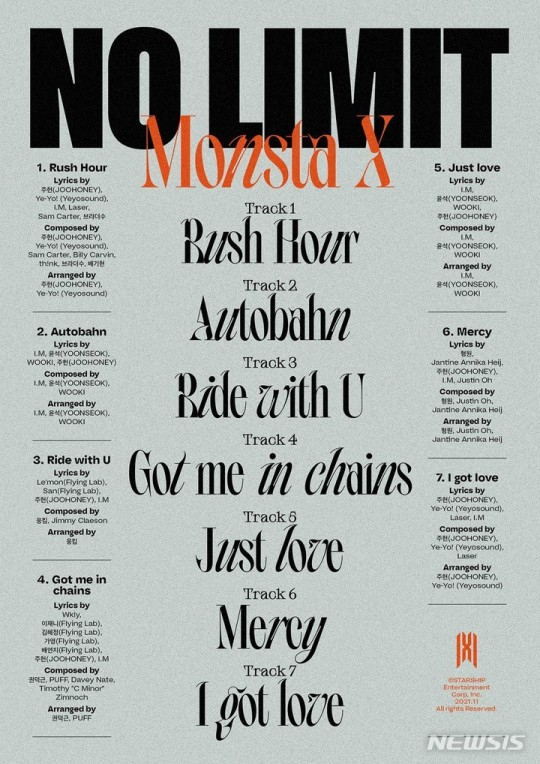 
Boy band Monsta X on Friday released the track list for its upcoming EP “No Limit” through its official social media channels.

The EP will have seven songs total, including lead track “Rush Hour” along with “Autobahn,” “Ride with U,” “Got Me in Chains,” “Just Love,” “Mercy,” and “I Got Love.” The new EP is set to be released on Nov. 19, at 2 p.m. through major music outlets.

Member Joohoney contributed to the production of the lead track once again, after doing so for “Gambler,” a song from the band’s previous album “One of A Kind,” released in June.

Other members also contributed toward making the songs: I.M. wrote some of the lyrics and helped compose “Just Love” and Hyungwon did the same for “Mercy.”