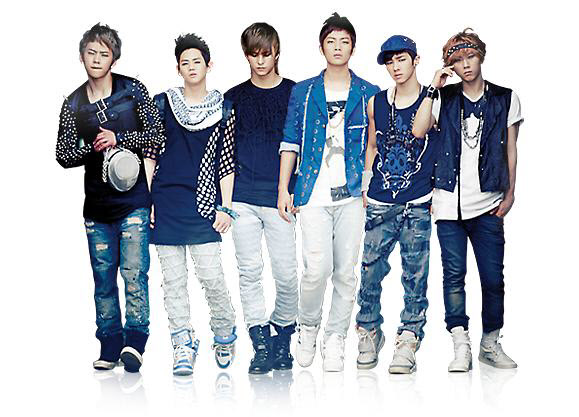 K-pop groups 4Minute, Beast and G.Na arrived at the Sao Paulo airport to a welcoming crowd of screaming fans on Dec. 11.

The bands were in Brazil to perform at the United Cube Concert at the Espaco das Americas on Dec. 13. It was the first concert by K-pop bands in South America and featured several bands belonging to Cube Entertainment.

The groups touched down in Sao Paulo over two days on Dec. 11 and 12, and more than 300 fans came out to greet the bands at the airport.

Cube Entertainment agency said in a release on Dec. 13 that the fans gathered at the airport were screaming the names of their favorite stars.

“It was so touching to meet fans who have waited for us to come to them,” Jun Ji-yoon of the girl group 4Minute said. “There were fans who were crying and some holding welcome banners for us. I had a moment of eye contact with one fan, and it was such a surreal moment for me.”

The concert is part of a four-city tour that started in August in Seoul and Tokyo and continued to London and Sao Paulo this month.

At the concert in London on Dec. 5, the three groups performed for some 35,000 European fans at the O2 Brixton Academy.