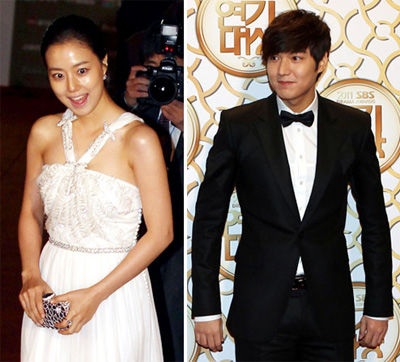 The SPO announced the designation on Jan. 4. It has been giving the designation to celebrities who the organization thinks have “clean” images since 2004 as a way to promote itself.
Honorary prosecutors participate in promotional events held by the SPO for a year.

Actors Ahn Sung-ki, Choi Su-jong Jung Woo-sung and actress Kim Tae-hee are some of the celebrities who have received the designation in the past.

After making his debut in 2006, Lee rose to stardom with his role in the 2009 hit drama “Boys Over Flowers.” He was recently named best actor for his role in the drama series “City Hunter” at the SBS drama awards late last month. In the series, Lee played the title character, Lee Yun-seong, who is determined to get revenge against the person who killed his father. While shooting the drama, Lee and his co-star, Park Min-young, fell in love. The two are still dating.