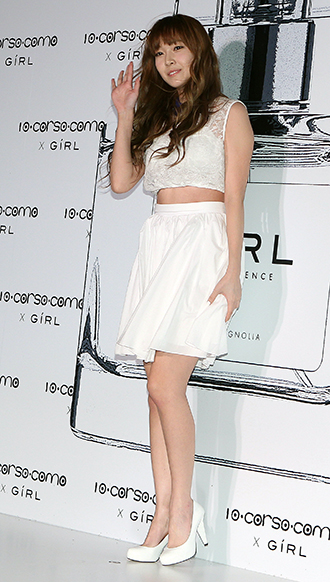 Girls’ Generation’s Jessica is set to sing the title track of KBS’ new drama “King’s Dream.”
The soundtrack to the 20 billion won ($17 million) production will be Jessica’s first contribution to a period piece.

The song is titled “The Heart Road” and was composed by Kim Jun-bum who had also written the song “If” for Jessica’s band member Taeyeon when she sang on the soundtrack for another period drama “Hong Gil-dong.”
A 40-member choir was recruited for Jessica’s recording and is set to be a hit.

Meanwhile the KBS drama will begin airing from Sept. 8; the song will be released online on Sept. 7.
By Carla Sunwoo [carlasunwoo@joongang.co.kr]