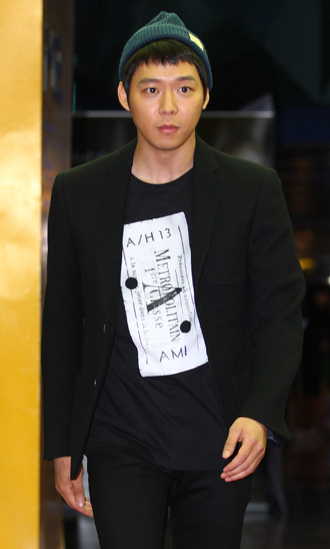 “He decided without hesitation after reading its synopsis with firm-centered story lines,” announced C-JeS Entertainment, Park’s agency. “Above all, he has great expectations for working with the great production crew.”

Kim Eun-hee, who wrote scripts for “Sign” and “Phantom” will join the crew, under the direction of producer Shin Kyeong-soo.

The plot of “Three Days” revolves around a fictional president who disappears with the sound of three gunshots. Park will star as Tae-kyeong, an elite bodyguard of the Presidential Security Office, who investigates the incident.

“Asia and Europe are heaving with Park’s comeback news,” said an official of Golden Thumb Pictures, the drama’s production company. “Overseas buyers are already looking at us.”

Park made a successful acting debut in the drama “Sungkyunkwan Scandal” in 2010. Since then, he has had roles in dramas like “Miss Ripley,” “Rooftop Prince,” and “Missing You.”

Recently, he decided to appear in his first feature film, “Sea Mist,” under the direction of Bong Joon-ho, who directed the recent hit, “Snowpiercer.”

“Three Days” is scheduled to air in February.